He will be arriving at Man o’ War Steps (Opera House, eastern side) at midday this Saturday after kayaking along the coast from Port Kembla. 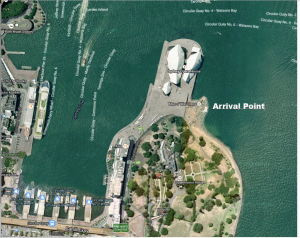 Bob Brown, The Knitting Nanas and many others will be at the Man o’ War Steps to greet Steve, so make sure you come along too for this historic occasion.

Read about why Steve is making this journey, see where he’s been so far and see where he plans to go, creating awareness of climate change.

Hint, he’ll finish in Paris where he will deliver his message at the United Nations Climate Summit in November 2015.

Also you can donate towards this heroic and most admiral man’s quest via paypal for Kayak4Earth.